For tech startup founder Bobbie Racette, being the first to do something runs in her Cree-Métis blood. Her mother was the first woman carpenter in Saskatchewan, a Canadian province home to First Nations peoples.

Racette is the first Indigenous woman to close a Series A funding round of $8.4 million for her company, Virtual Gurus, which pairs staffers with companies that want to outsource bookkeeping and other administrative tasks.

She has brought the company to a $40 million valuation since she launched in 2016 with $300 and a splash page. “Somebody’s got to lead the way, and somebody has got to be the first,” said Racette, who also identifies as LGBT.

17 Inspirational Women Whose Startup Stories Will Kickstart Your Dreams

“Society says, ‘You have to be somebody else when you’re starting a business, or hide your tattoos. Don’t tell people you’re gay,’” she added. “It’s just like, no, man, be you.”

Currently, there are about 900 “virtual assistants” working for Virtual Gurus, but they are real people working remotely — Racette makes sure to prioritize hiring members of historically underrepresented groups, including single moms, veterans and people with disabilities. “We try to bring on people who have often been told, ‘No,’” she said.

The company doesn’t force anyone to self-identify, but many organizations seek out Virtual Gurus expressly for that purpose.

“We’ve had, for example, Black Lives Matter in New York City come to us and [say they] only want Black virtual assistants,” Racette said. “We’re doing that because we understand that diversity angle.”

In fact, 40% of Virtual Gurus’ revenue now comes from the United States — and that share is growing each year. One of their biggest clients at the moment is the global design company, IDEO. 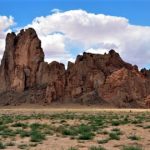 When It Comes to Climate, Western Science Can Learn from Indigenous Communities

“We have huge clients here in Canada that are starting to come to us, and these are people that want 200 to 400 virtual assistants at a time,” Racette said. “Essentially, full back office support for large enterprise accounts, and then we have solo entrepreneurs as well, if they just need an executive assistant to support them. We’ve noticed that it’s scaling. It just keeps going up and up.”

Revenue for the company — Racette launched after she was laid off during an economic downturn — has tripled during the pandemic. “When the economy is really strong, our sales are still good, but it’s not as strong as it is during a recession,” she said.

Now, with another recession looming in the United States, she feels prepared.

“The way the economy is now, the first ones that have to go are typically always the administration staff,” she said of her business model. “When those people are laid off, we’re picking them up, and then we’re just sourcing them back out to companies that are coming to us. What makes it different is they’re paying on an ad hoc basis.”

Companies can select a subscription model based on how much help they need, and Racette is building out a machine learning component that aims to create the best possible matches between workers and clients. She has also hired 40 full-time staff and plans on bringing on 1,500 more virtual assistants by the end of the year.

While she continues attracting investors and crisscrosses the globe — she recently sat on a panel at the Collision conference in Toronto — she said becoming a CEO was never on her bucket list. Her highest level of education is a high school diploma, and she lived in a van for a few years in the Canadian mountains before doing a stint as a safety technician in the oil and gas industry. Her dream was once to teach music to hearing-impaired children. 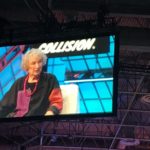 “Then here I am,” she said, laughing. She recently completed a year-long business leadership program at Harvard University, for which she was nominated.

Racette never liked being in the limelight, but she knows she is the natural face of her business. She meditates to keep herself balanced and is enjoying the flurry of recent attention, but she’s looking forward to hitting the pause button on constant travel.

“I will never shy away from who I am,” she said. “I’m out to the entire world as an LGBT Indigenous woman.”