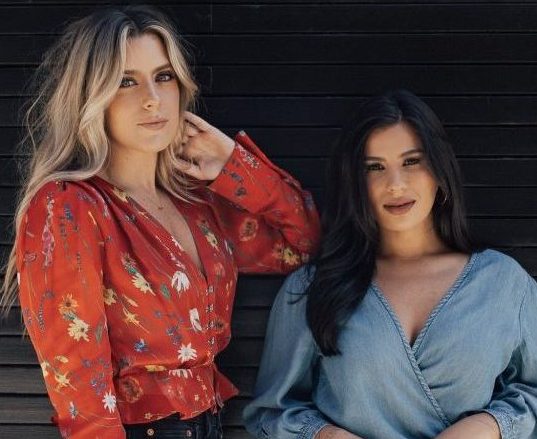 Los Angeles-based entrepreneurial duo Celeste Durve and Kelsi Kitchener have created the first ever company operating front of house logistics for events. Their company VIPER by KCH (clients include Kanye West, Travis Scott, Google, Amazon, Elon Musk & Adidas) not only filled a hole in the events market – their 35 member all female team is moving more women into high power positions in the nightlife industry. Because for Durve and Kitchener VIPER is about innovation as well as female empowerment.

Durve and Kitchener’s story, as told to The Story Exchange 1,000+ Stories Project:

We came up with the idea for VIPER in December 2015 because we were working in the events industry as interns and freelancers and we noticed a hole in the market when it came to front door and guest list management. There were vendors in every other category (i.e: security, production, audio/visual, catering, etc) but not for guest check in staffing and operations. On a bigger scale, we also noticed the lack of women who held high power positions in the nightlife industry and we wanted to change that. So we filled a void and created an all female team to create more jobs for women in that space.

We define success by impact; ultimately we want to move humanity forward. We want to be role models for young women and create something that helps the world; so that’s the ultimate success to us. We also look at our happiness and the relationships around us. When both of those things are thriving we feel successful. Taking care of our families and the people we care about also plays a big role.

Our biggest success might be that we carved our own path and created something that hadn’t existed prior since VIPER is the first of its kind. We are the only company operating front of house logistics, and we blend hospitality with analytics for big brands and experiential events. And we did this as an all female team. In a city like Los Angeles and a male dominated industry like nightlife and entertainment, the fact that we made a name for ourselves and have a clientele made up of the most influential people is a huge success to us and something we are proud of.

Our goals are to continue scaling and launch in Vegas, New York and Miami. Additionally we have a software we are developing. Ultimately we want to continue to empower women and we redefine the nightlife industry in major cities the way we have in LA through hospitality and advancing guest data for big brands.

We’ve had many challenges while building and scaling VIPER; Id say our biggest one overall has been financial stability while scaling. We started self funded with no money saved up, we had a collective $1500 and since then we’ve just reinvested money from sales back into growing the company while simultaneously paying our team competitively to insure quality. Owning a start up can mean financial stability ebbs and flows. But we got through that by investing in our relationships with clients and supporting our team to keep them strong. There were many days we had nothing but ourselves and we had to find the motivation to keep going. What helped us was positive reinforcements like inspiring podcasts, ted talks, books, or talking to friends who have been through it.

As a self funded start-up we always debated on raising money. We wanted to wait until we felt it was absolutely necessary. But money was really challenging for many months and one day when Kelsi’s card declined for $20 dog food it really put our raise in motion. It sounds funny but that day we made a deck and sent it out to 18 people within a few hours. Other than that, we’ve had personal situations with old bosses treating us poorly that led us into cultivating a really positive and warm company culture.

We look up to powerful women of all ages who are spreading messages of kindness, ambition, and determination. One of our most favorite role models is Oprah, because she provides multiple platforms for many different kinds of influential people to speak. She doesn’t believe in being a victim, and she reminds us of the power of compassionate intentions. On a more personal level, we idolize our moms. We were both predominately raised by single moms who had to overcome constant hardships but always made it to the other side. They taught us how to be independent thinkers and go after what we want.