The former CEO of PepsiCo Inc. could have used some flex time back when she was one of the only women of color running a Fortune 500 company.

Indra Nooyi, who was head of the company from 2006 until she stepped down in 2018, details her struggle to climb the corporate ladder and her current passion projects in her new memoir, “My Life in Full: Work, Family, and Our Future.”

Since retiring from the snacks-and-soda giant, she has joined the growing number of prominent female voices advocating for paid parental leave, a national child care system and flexible work policies that include the ability to work remotely — a cry that has gotten louder since the pandemic started. 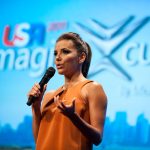 “Had I had technology to keep in touch with my kids and been allowed to work flexibly, I would have not missed some of the important parts of my children growing up,” she told the Wall Street Journal. “It would have been much easier for my husband and me to take turns at working from home.”

Although she had family from India making the long flights to help with her two daughters, Nooyi said that created its own set of tensions.

In her memoir, she also talks about dealing with male colleagues at various jobs who would speak over her, call her “honey” and insult her publicly in meetings. It was also “not in our vocabulary” to ever ask for a raise, she said.

“If leaders observe a behavior that’s not quite OK, they should call it out right there and say, ‘Look, let’s make sure we don’t talk over her,’” Nooyi, 65, told the Journal. “I’m also hoping that a critical mass of women will help each other through these situations, because when you’re the only woman in the room, it’s very hard to try to change behavior on your own.” 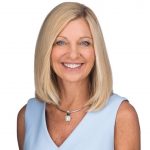 There are 41 female CEOs of Fortune 500 companies, according to Fortune, which accounts for 8% of all leaders across the companies.

She Wants Women CEOs To Have More Money & More Power