It’s officially Breast Cancer Awareness Month, a time designated for supporting and honoring the one in eight U.S. women currently battling the disease – as well as those who have lost their lives to it.

It’s been in the news of late. Katie Couric, celebrated journalist and founder of Katie Couric Media, shared on Sept. 28 that she had been fighting breast cancer since a diagnosis in June. And her announcement came less than 2 months after the death of singer and breast cancer awareness activist Olivia Newton-John.

Newton-John had survived breast cancer twice – after her initial diagnosis in 1992, and again when it reappeared in 2013 – but ultimately died when it returned once more in 2017 and spread to her lower back.

Each year, roughly 266,000 people are diagnosed with breast cancer. And each year, about 43,000 lose their lives to it. Prominent women who have battled the disease – or who still are presently – have used their platforms to spread awareness and discuss the power in owning and sharing their stories.

Check out this list of motivational quotes from six breast cancer survivors whose stories and wise words on the value of getting check-ups, finding strength in others and caring for oneself have inspired us: 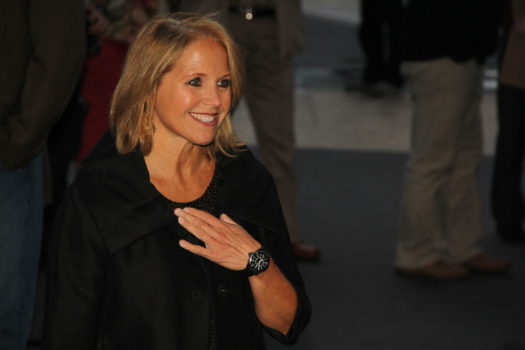 1. “To reap the benefits of modern medicine, we need to stay on top of our screenings, advocate for ourselves, and make sure everyone has access to the diagnostic tools that could very well save their life.”

In a post about her diagnosis, Couric recounts how even she – a known cancer advocate – was 6 months late scheduling her annual mammogram. But she has also focused her attention on the inequities of breast cancer research and treatment for women of color. With a 40% higher mortality rate for women of color with breast cancer, Couric and organizations such as Black Women’s Health Imperative (which has partnered with Mary J. Blige, who lost her aunt to breast cancer) are promoting research and awareness for the disease for Black women in particular. 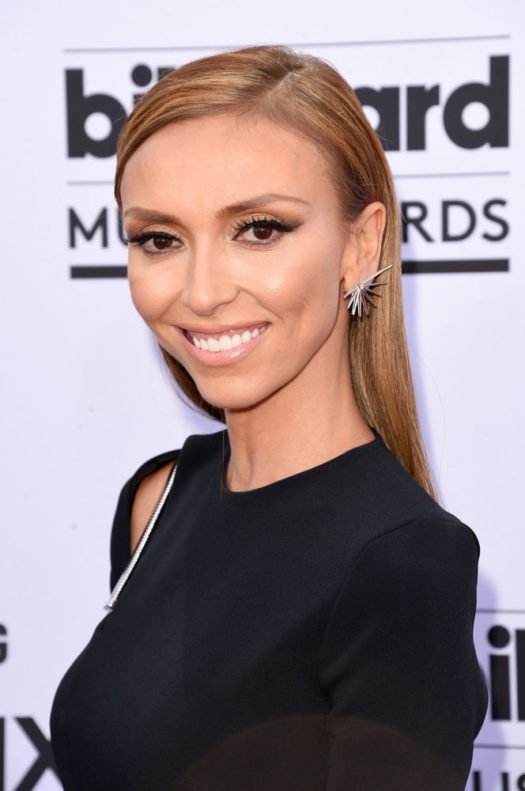 2. “When I hear women say they got their first mammogram or they do breast checks more regularly because of my story, I am reminded that sharing [it] was absolutely the right decision.”

In a personal essay with E! Online, journalist and entrepreneur Giuliana Rancic shares her journey to surviving breast cancer, and how opening up has inspired other women to stay alert. She was diagnosed at age 36 – a relatively young age to develop the disease – during a routine mammogram for IVF process treatments. She ultimately had a double mastectomy and had to take medication daily for 5 years – all while trying to start a family. She recalled not feeling like herself for a while, which is in large part why she launched “Fab-U-Wish” – a program that grants wishes to women going through breast cancer so that they can feel like themselves, “if even for a moment.” 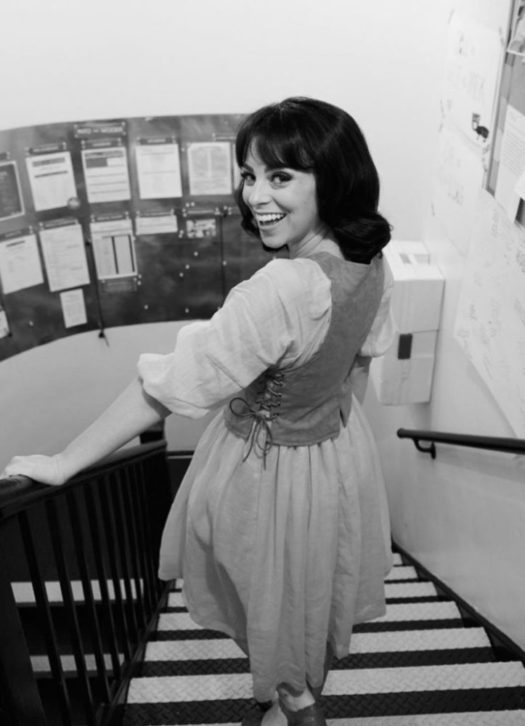 Actress Krysta Rodriguez was diagnosed with breast cancer when she was 30. She recalls in an interview with Playbill being grateful for her support team – her family – helping her achieve the ultimate goal: fight this cancer and survive. Indeed, solidarity is crucial to Rodriguez, who is considered a “Breast Cancer Warrior” as she continues to support breast cancer research and awareness. She recently hosted a benefit concert for ABCD: After Breast Cancer Diagnosis in NYC. 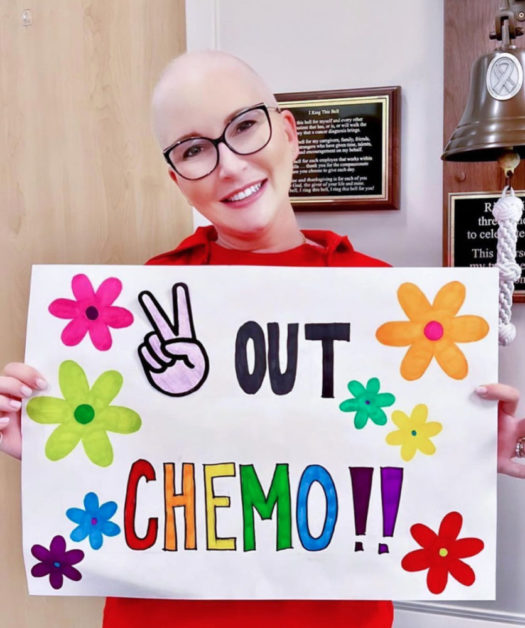 Clea Shearer, co-founder of organization services company The Home Edit, was diagnosed with breast cancer after she felt an unfamiliar lump in her breast during a self-examination. Because she discovered her cancer by self-exam, she told People magazine she hopes to alert women to always check themselves, in addition to regular screenings. “If I can make my cancer purposeful, [I want to] have people understand that if you feel anything amiss, you have to say something,” she said. 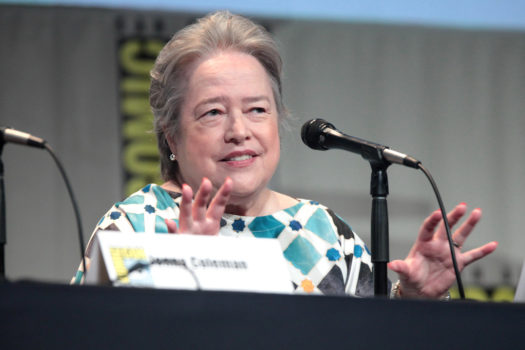 5. “I’m doing something real, something truly worthwhile. When I go to sleep at night, I think ‘I did something good today’ and I feel better about everything.”

Oscar-winning actress Kathy Bates shared with PracticalPainManagement.com that while she survived breast cancer after undergoing a double mastectomy in 2012, she then suffered from lymphedema, a common side effect of breast cancer surgery. It caused painful swelling in both of her arms, affecting her ability to use them for everyday activities. Since then, she has been a strong advocate for lymphedema awareness, becoming the spokeswoman for Lymphatic Education & Research Network and helping the organization raise thousands of dollars with events such as the California Run/Walk to Fight Lymphedema & Lymphatic Diseases. 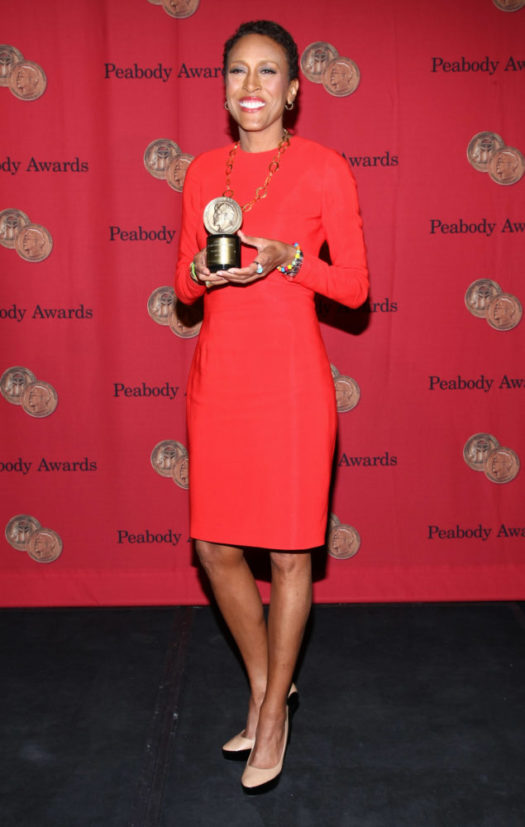 6. “If stories of survival are not comforting, they will be in time. It’s okay to be selfish. Give yourself a break. Those of us who have been through it know that it is about you, and it’s okay.”

Beloved “Good Morning America” anchor Robin Roberts opened up with Cancer Connect on her diagnosis, and subsequent survival, of breast cancer in 2007. She shared her journey openly on GMA to provide awareness and reveal what her time has been like fighting the disease. Now, 15 years later, Roberts shared that her partner, Amber Laign, was diagnosed with breast cancer in February 2022. Roberts’ role as a survivor has turned to caregiver as she helps Laign fight what is, to her, a familiar battle. From both perspectives, she can understand the need for self-preservation and care.