Women of wartime: History–and the present–are replete with them, though their efforts have often gone unsung.

This Women’s History Month, as Russia’s assault on Ukraine has the world on edge, we want to recognize the women who defied the odds in times of turmoil.

Inspired by the recent news of women joining the frontlines against Russian forces, here’s our short-but-diverse list of women  from the past century who contributed to war efforts. You may not know their names, but their stories and their dedication are remarkable.

Ukrainian Women Are Joining the Fight for Their Country, and Democracy 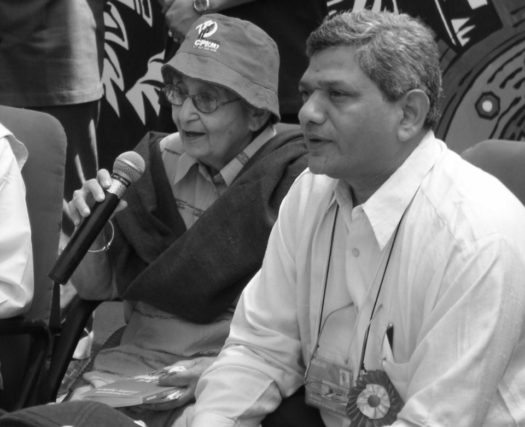 Back in the 1940s, Sehgal was the commander of an all-female Rani of Jhansi regiment of the Indian National Army, who fought to free India from British colonial rule. She was also a jack-of-all-trades, dabbling in military leadership, politics and medicine, running a low-cost clinic at the end of her very long life in 2012.

A doctor by profession, she treated victims of a chemical factory explosion in Bhopal, cared for Bangladeshi refugees in West Bengal and opened a free clinic in Singapore for Indian migrant workers.

Sehgal was also a revolutionary and served in an upper house of parliament. Her brief stint as a government cabinet member focused on eliminating dowries and child marriage in the country. 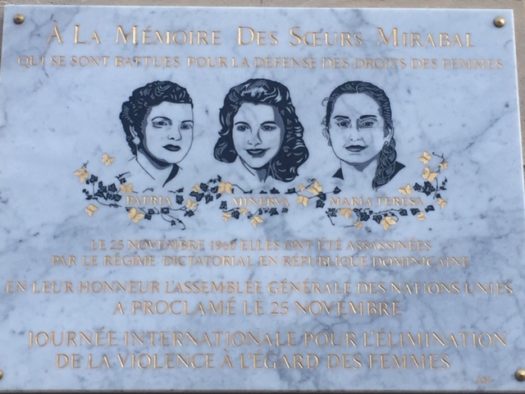 Patria, Minerva and María Teresa Mirabal are feminist symbols in the Dominican Republic, known as “Las Mariposas” (“the butterflies”).

Born to a middle class family, the three sisters lived under the violent dictatorship of Rafael Trujillo in the 1950s. They risked their lives to openly defy his regime and found an oppositionist group called the 14th of June Movement.

But their rebellious efforts stirred concern for their lives from their allies, to which Minerva Mirabal once replied, “If they kill me, I’ll reach my arms out from the tomb and I’ll be stronger.”

The sisters were beaten to death in a cane field in 1960. Their deaths sparked outrage across the country, and played a key role in Trujilio’s ultimate assasination.

In 1999, the United Nations named November 25, the anniversary of their deaths, as the International Day of Elimination of Violence Against Women. 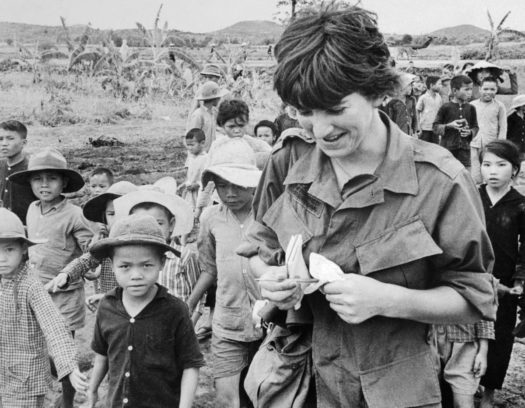 Webb had no relevant experience, much less an assignment, when she landed in Vietnam to report on the war. The New Zealand reporter tried to defeminize herself in order to be taken seriously. She cut her hair short, and decried being called a “girl reporter.”

But she was curious and motivated, snagging assignments from United Press International on a beat most male reporters had written off: South Vietnamese military and government.

Webb went on to cover violence and combat in Afghanistan, Cambodia and India. She was abducted twice by enemy troops, and even presumed dead by a slew of obituaries in the New York Times and other papers who mistook a woman’s cremated body for Webb’s.

While reporting in Vietnam she was caught in a rain of rockets in 1968, sprinting several miles to her office to escape the carnage, “covered with white plaster and bits of people’s brains and bone,” she said. 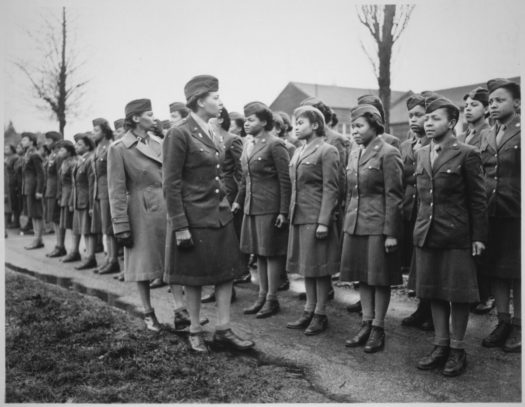 Adams' leadership of the 688th regiment garnered her and her troops global acclaim. (Credit: NARA/Flickr)

Born in South Carolina, Adams joined the war effort in 1942 as one of 40 Black women accepted into the Women’s Auxiliary Army Corps’ first officer candidate school. At her graduation ceremony, she accepted her diploma last, after all of the white candidates, despite her name coming first alphabetically.

Adams was in charge of the 688th Central Postal Directory Battalion. They had a grueling mission: delivering postal mail in a logistical nightmare of a war. And as an all-female black battalion, the only Black WAC unit to be deployed, she knew they wouldn’t have it easy. The world had its eyes on her and her troops.

The Six Triple Eight battalion, Adams recalled in her memoir, would have to “be the best WAC unit ever sent into a foreign theater.” Adams and her battalion came through. By December 1945, their success brought Adams the highest held rank of any African-American woman in the army: lieutenant colonel. 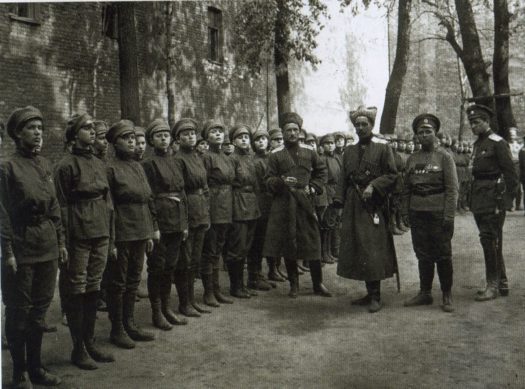 Bochkareva's all-female Battalion of Death was formed to shame the droves of men deserting the war into rejoining the fight. (Credit: Wikimedia Commons)

In 1914, Bochkareva petitioned to join the Imperial Russian Army. She was on the run from an abusive marriage and, with the help of a local officer, drew up a telegram imploring Nicholas II himself to allow her to enlist. The czar agreed, and Bochkareva went on to receive three medals for her bravery during the course of World War I.

By 1917, hordes of men were abandoning their posts, and the Army was in desperate need of bodies to keep the battle going. Bochkareva had a solution. She sent out a call to arms in the newspaper for recruits to join her female battalion, a tactic she believed would shame the men into fighting.

The Women’s Battalion of Death served as a hallmark of the change to come for women in Russia, and its 500 troops were praised by suffragettes as far away as England.

Bethenny Frankel on Helping Ukraine: ‘People Will be Homeless and Desperate’