Scroll through the slideshow to view quilt blocks created by makers around the country for SJSA’s Remembrance Project. 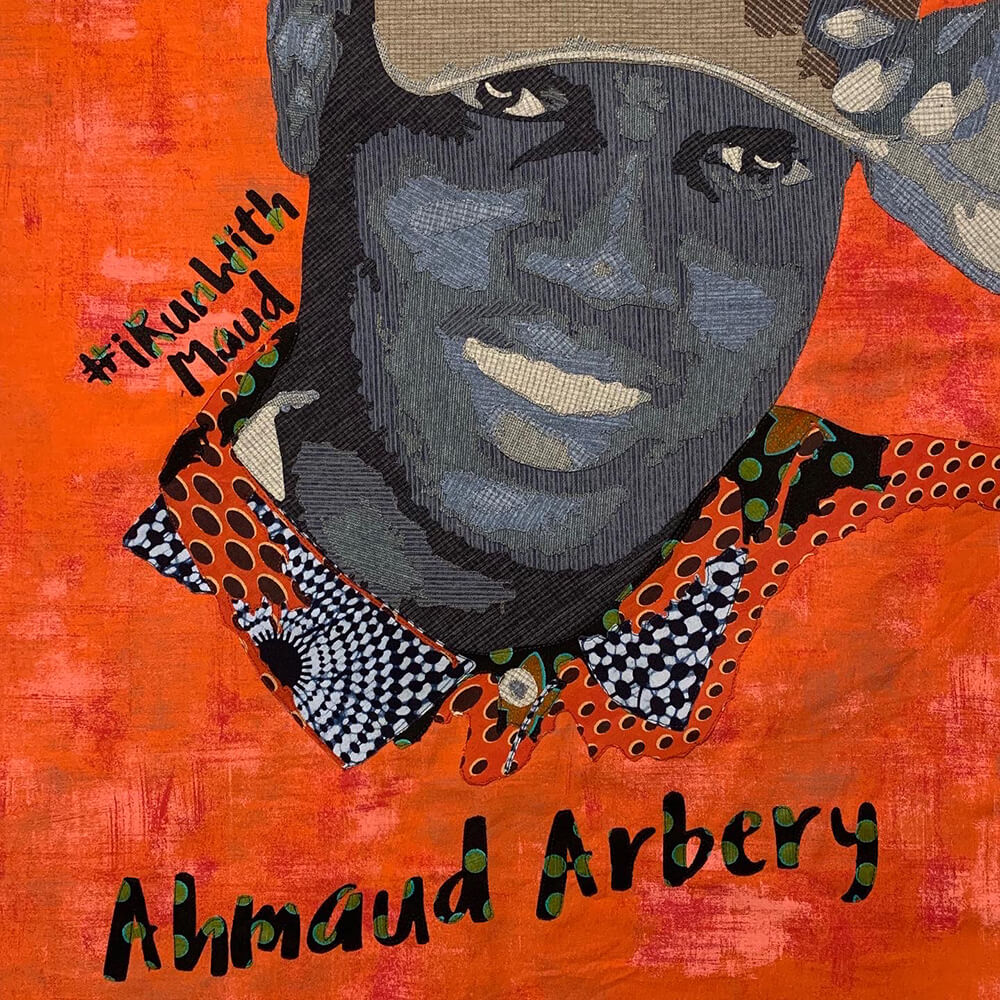 This 20×24-inch block honors Ahmaud Arbery, who was shot while jogging in Georgia, by California quilter Martha Wolfe. (All photos courtesy of Social Justice Sewing Academy) 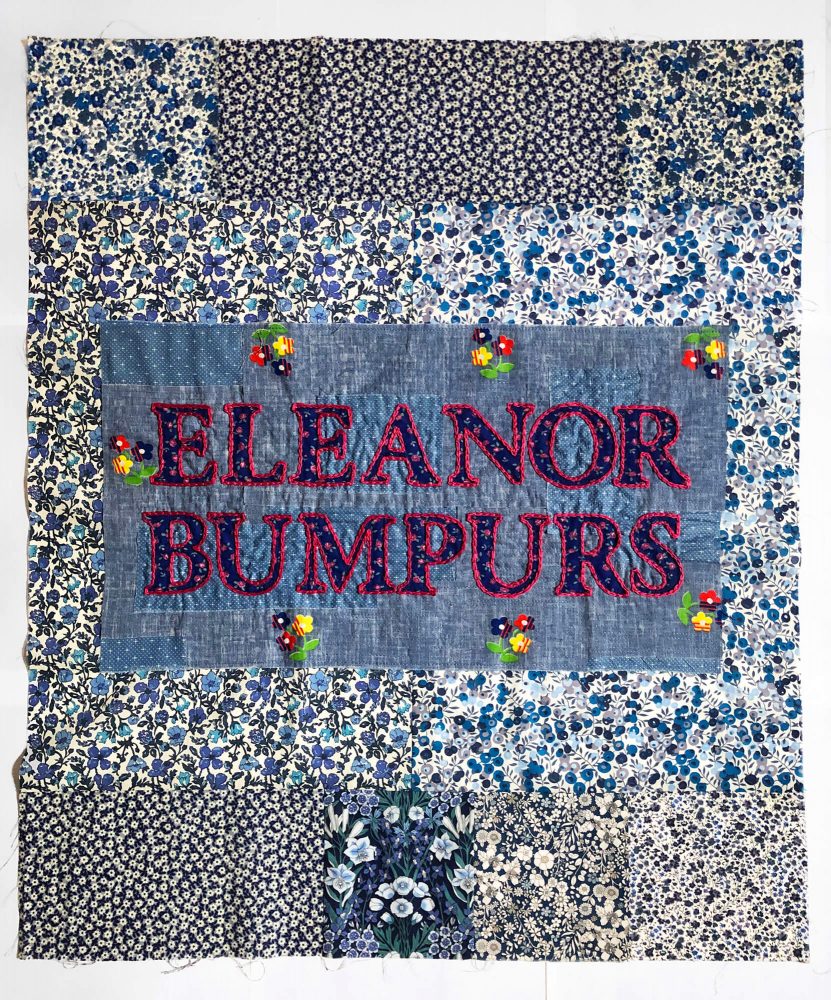 This quilt block honors Eleanor Bumpurs, who was shot by police in 1984. It was recently created by Madeline Pesavento of Brooklyn, New York. 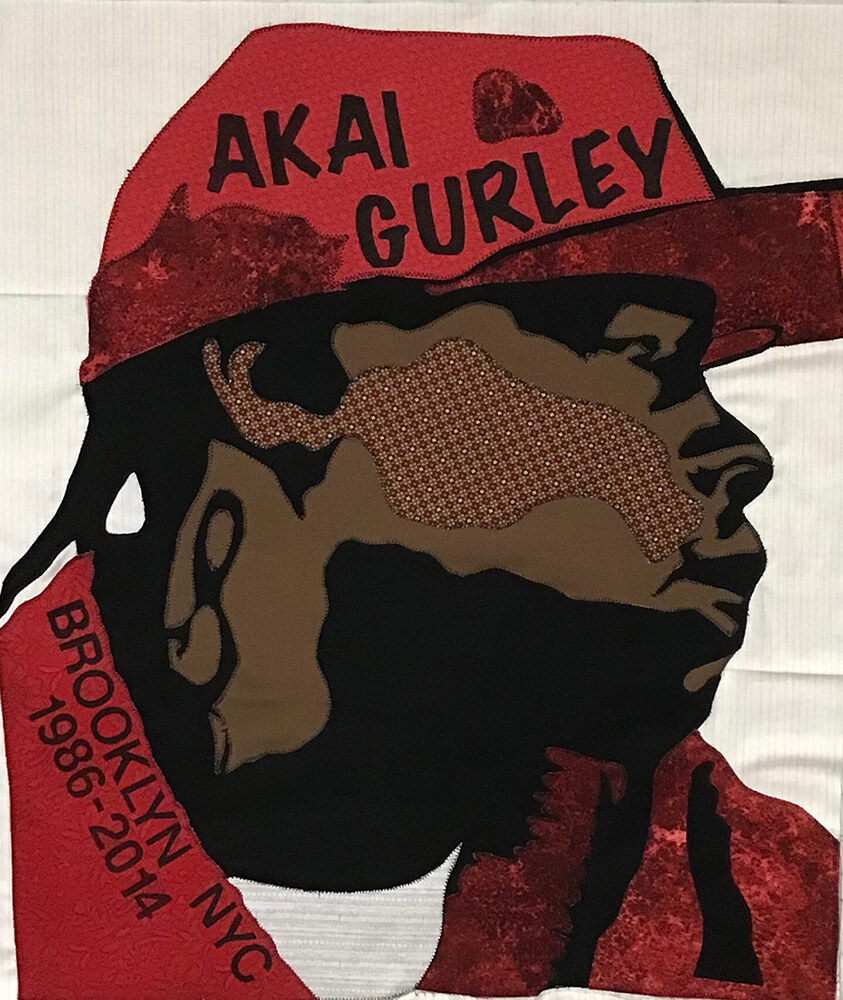 This Akai Gurley memorial block was created by New York-based quilter Sylvia Hernandez. Gurley was killed by a police officer in Brooklyn, NY, in 2014. You can find Hernandez on Instagram @quiltgirl61. 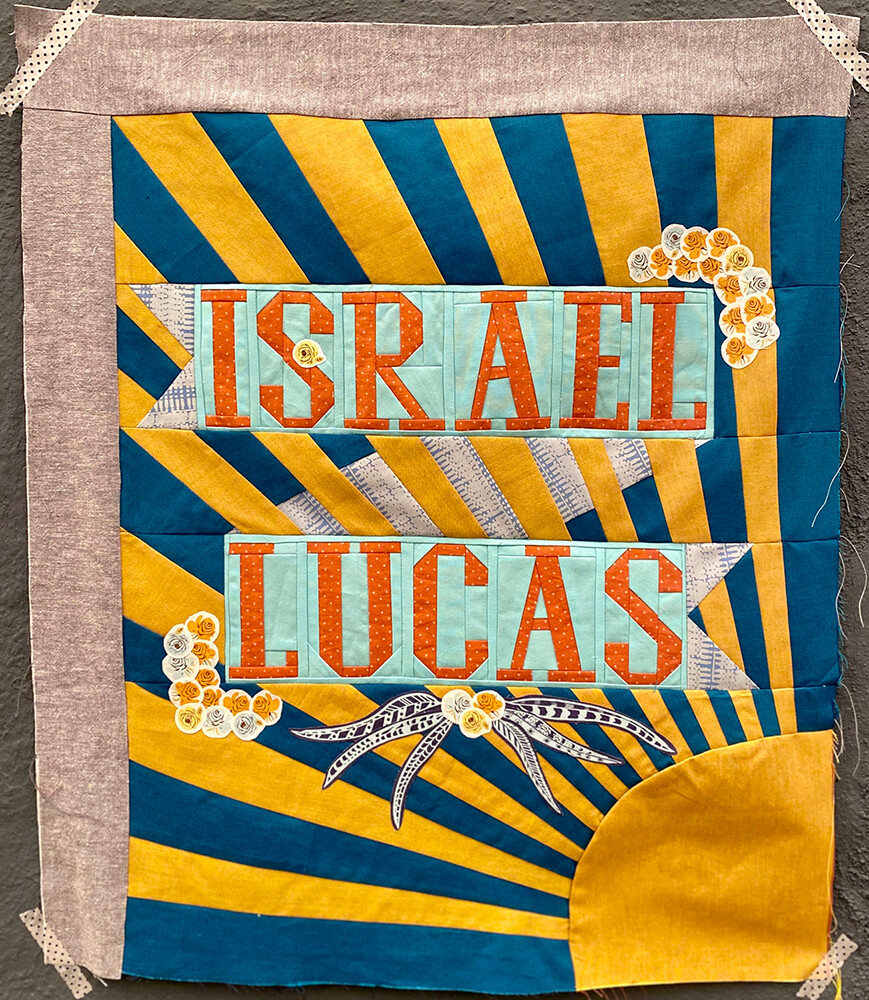 30-year-old Israel Lucas was shot in the parking lot of a Family Dollar in Bakersfield, California, in March during an altercation. This block was made by a maker who wishes to remain anonymous. 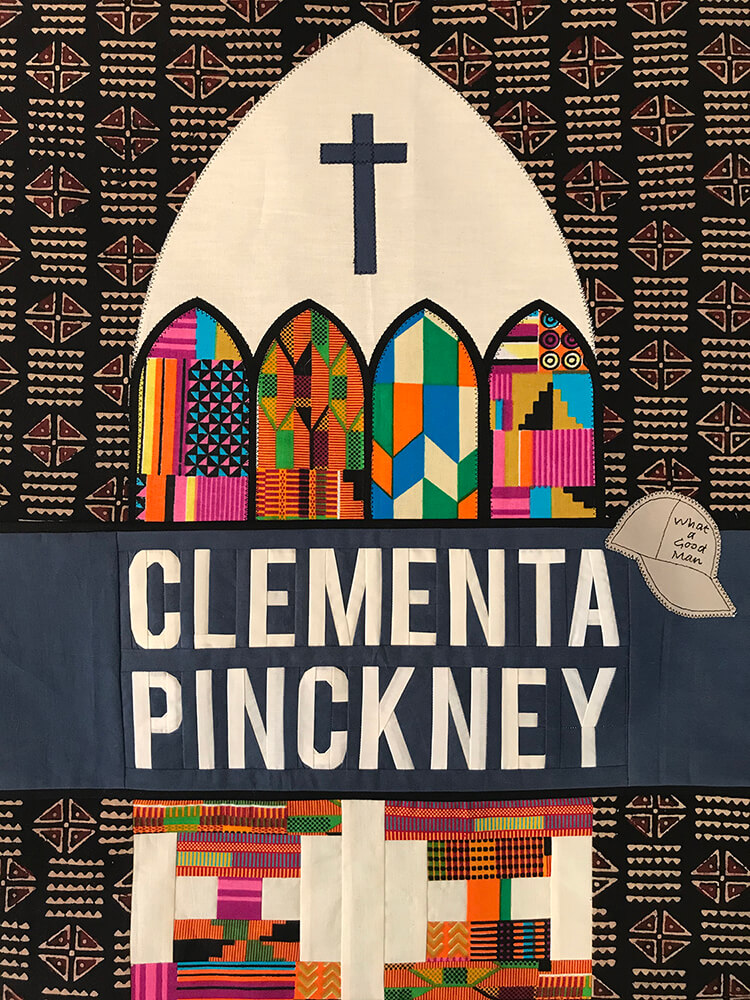 This block by Kathy Morganroth honors the life of Clementa Pinckney, senior pastor at Mother Emanuel A.M.E. in Charleston, South Carolina. He was killed along with nine others in the church by a white supremacist. 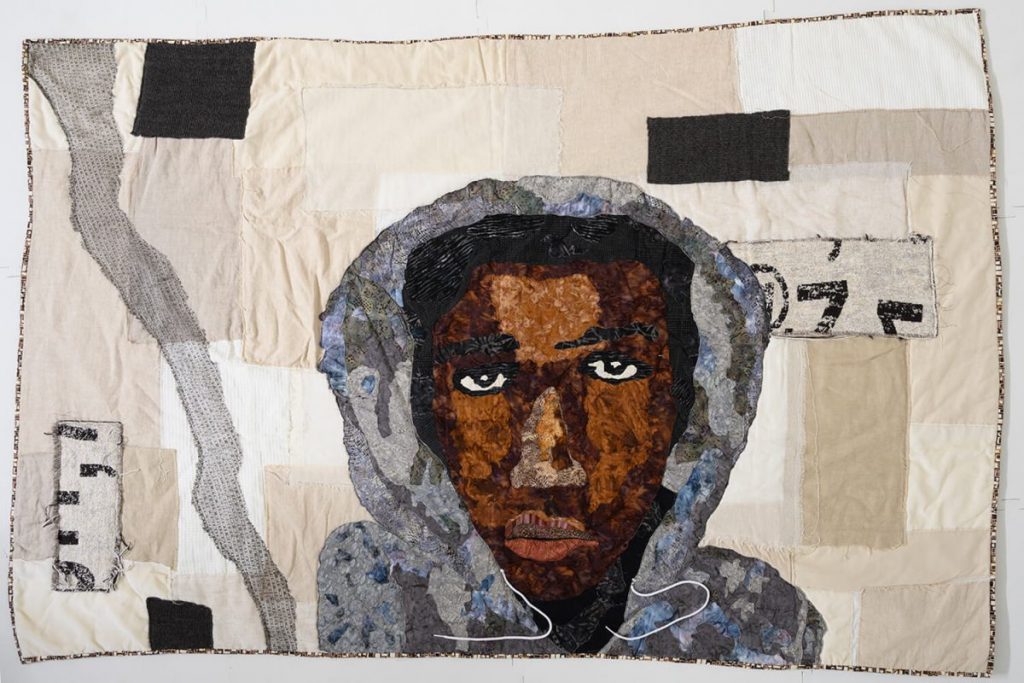 Trayvon Martin’s shooting prompted Sara Trail, founder of SJSA, to create her first portrait quit when she was 17 — the same age as Trayvon when he was killed. 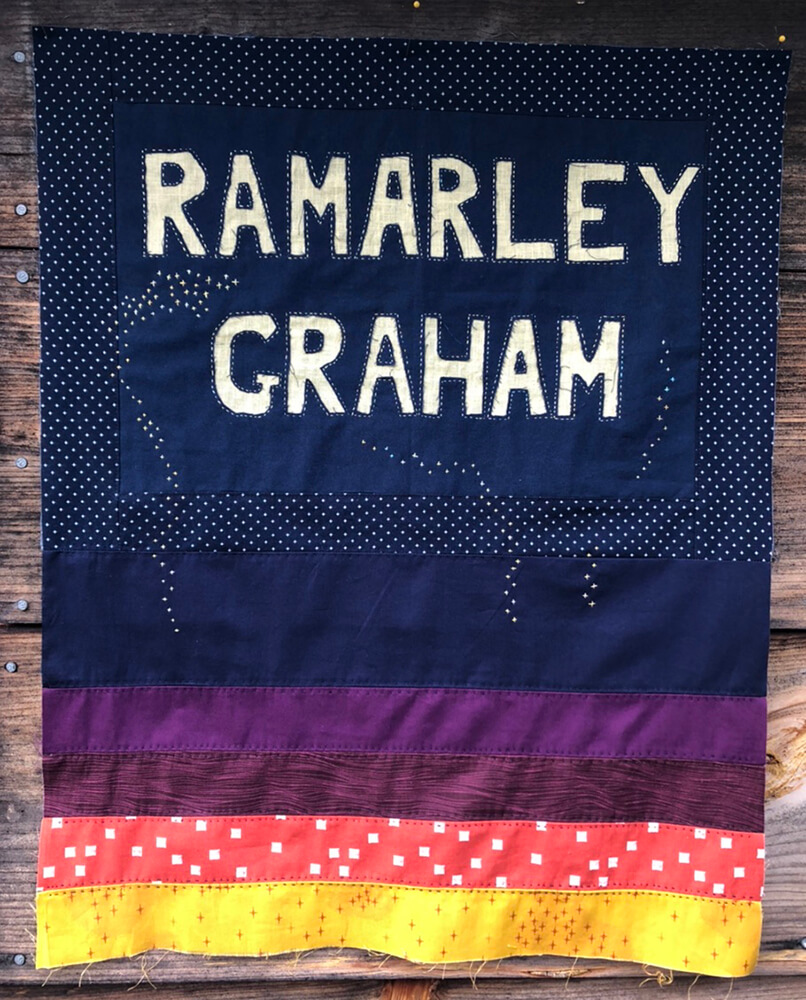 Ramarley Graham, 18, was killed by police in his home in the Bronx. Raheli Harper, who works as a handwork teacher in California and New York, created this block honoring him. 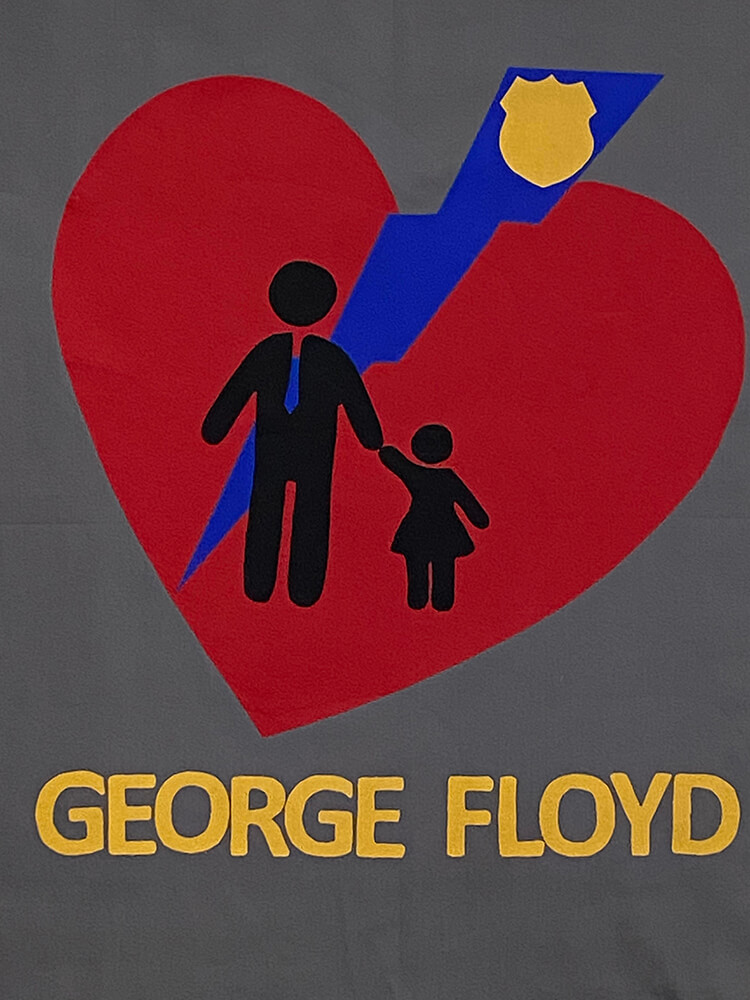 George Floyd, killed by police in Minneapolis — sparking a wave of protests across the country — is honored here by longtime Princeton, New Jersey-based quilter Juandamarie Gikandi. 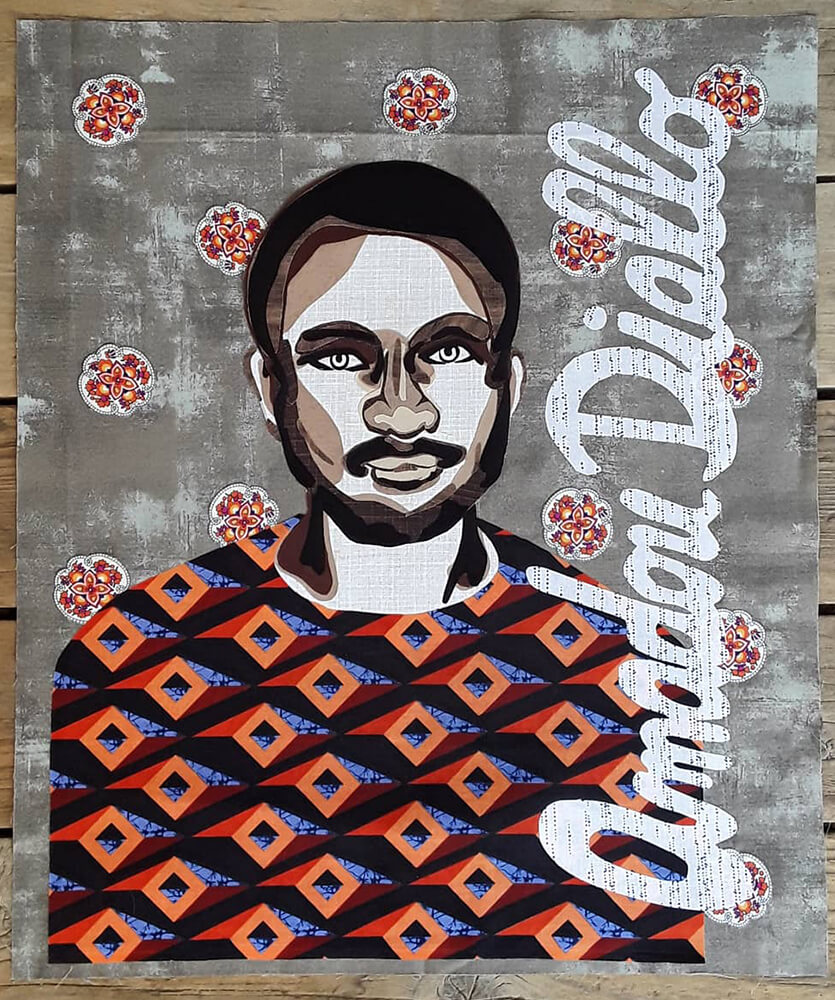 Quilter Summer Swanson created this bright block honoring Amadou Diallo, a 23-year-old Guinean immigrant, who was shot by New York City police in 1999. The four officers, who were white, were acquitted. 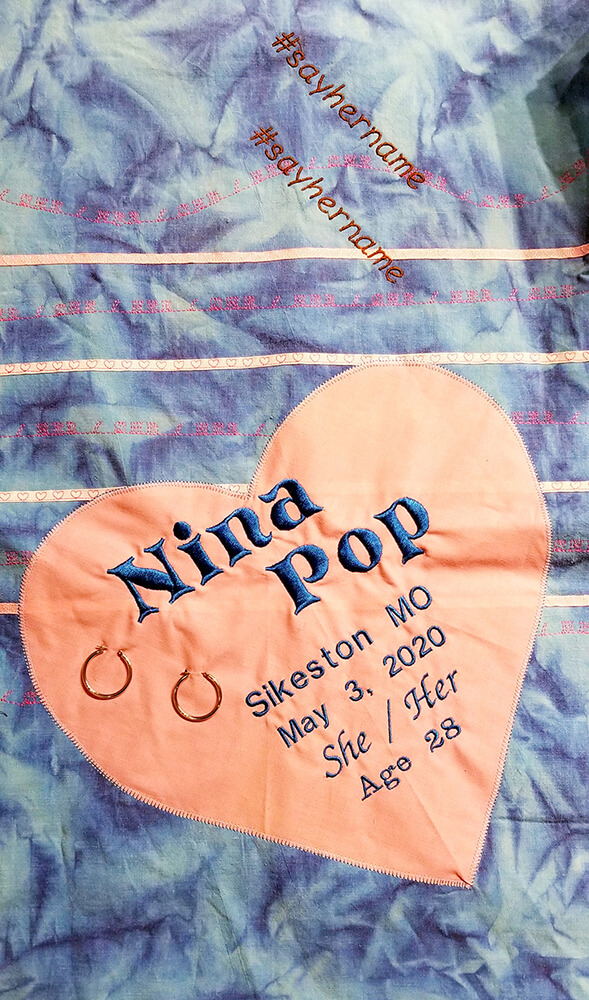 Nina Pop was a Black trans woman who was found dead by multiple stab wounds in Missouri in May. This block by Wendy Crawford honors her life. 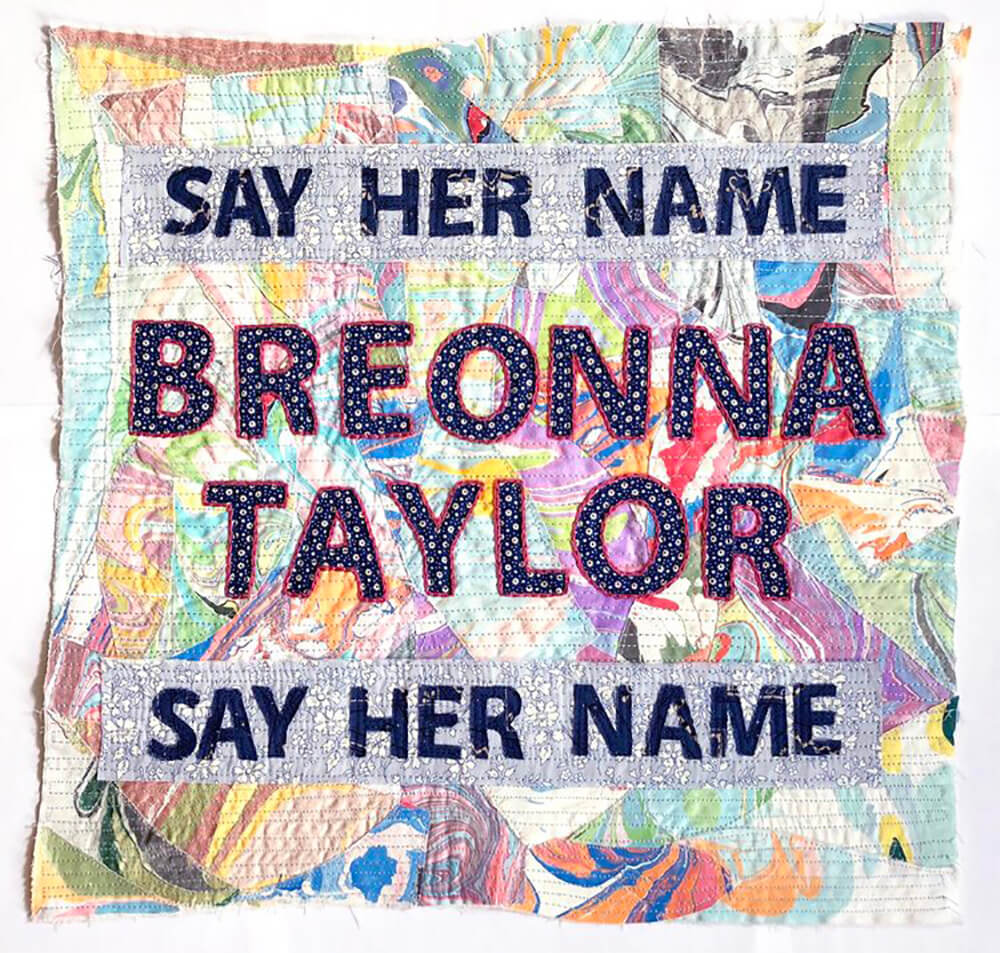 Breonna Taylor was fatally shot by police in her Louisville, Kentucky apartment in March during a botched drug raid. No officer has been charged in her death. This is one of Pesavento’s blocks honoring her life.

Some quilt blocks showcase stark designs and muted hues, while others incorporate floral patterns and sunbursts. Some bear the smiling faces of people whose lives are reflected in bright pops of color, while others are simply emblazoned with dates and names.

These are just a few of the victims of gun violence and police brutality that the Social Justice Sewing Academy, started in 2017 by sewing expert Sara Trail, is commemorating through two large-scale quilting projects — taking a cue from the famous AIDS Memorial Quilt that honors the lives of those lost due to AIDS-related causes.

“It’s giving a lot of quilters an entry point to say something about Black Lives Matter,” said Trail. “Everyone can use their artistic talents. This is a genocide. And it’s not just the murders, it’s a lack of justice.”

The SJSA Remembrance Project will eventually have hundreds of sewn "banners" — square blocks that make up a quilt — displaying portraits of victims of gun violence, while the group's Quilts of Remembrance project uses clothing distributed by families to piece together narratives of life and love.

While the AIDS quilt was displayed at the National Mall in Washington, D.C., Trail said the goal is to show the banners at community events such as protests, demonstrations and celebrations commemorating Juneteenth, a holiday marking the emancipation from slavery.

For both projects, Trail is bringing together a national network of quilters, from Brooklyn to the Bay Area, to sustain the momentum that exploded across a quarantine-fatigued country after George Floyd, a Black man, was killed by a white police officer in Minneapolis with a knee to his neck.

From Privilege to Protest Quilting

Trail grew up in an affluent home in Chicago before her parents moved to California when she was 8. Her parents enrolled her in private schools and encouraged Trail to try out hobbies including pottery, beading and horseback riding. She discovered sewing, which is rooted in the larger African American tradition — her great-great-grandmother, an Ethiopian slave, was also a quilter.

By the time Trail was 12, she could create complex, customized quilts. While still in school, she published a book, Sew With Sara, and even started her own fabric collections that she designed and had printed.

“After a couple of years doing this, I realized there are never any kids of color in any of my classes,” she said. “I realized the racial inequity in sewing.”

Her commitment to social justice through quilting was cemented in 2012 when Trayvon Martin was shot and killed in Florida while walking home one night.

“There was a collective sense of inaction, a lack of rage, a lack of anger,” Trail recalled. “Between my private school friends and my sewing mentors not caring, the only people who cared were my parents. My mom said, ‘Why don’t you make something?’”

[Related: When Covid Hit, She Switched Gears From Craft Kits to Face Shields]

Trail created her first portrait quilt of the African-American teen against a beige background staring out with a serious, somber gaze, gray hoodie shrouding his head. Trail had just turned 17 when she made it — the same age as Trayvon when he was killed.

She entered the quilt into a few shows, but it was denied. “I was frustrated that the sewing industry that propped me up and gave me so much support didn’t want to show the Trayvon quilt,” she said. “For the first time, I really felt silenced.”

A Tradition Updated for the Moment

Trail decided to not only create quilts that were overtly political, but to build a platform to amplify her message.

Interest from crafters and quilters has skyrocketed — SJSA currently has about 15,000 followers on Instagram.

“After [Floyd’s] death, I really wanted to get involved and do something,” said Brooklyn-based fashion designer Madeline Pesavento. “I found SJSA on Instagram and was like, ‘Wow, this group is already going what I’m doing, but so much more amazing.’”

Pesavento created a quilt honoring Eleanor Bumpurs, a Black woman who suffered from mental illness and was shot by police in her New York City home in 1984. Pesavento spent hours researching Bumpurs’ life, and discovered that she had left behind seven children.

“The bar feels high, not just creatively, but it’s a super emotional project to work on,” she said. “And, obviously, the moment we’re living in is emotional.”

[Related: Turning PPE Into Something Stylish and Inclusive]

Martha Wolfe, a California-based quilter, created a 20-inch by 24-inch block to honor Ahmaud Arbery, an unarmed Black man who was shot while jogging in Georgia.

“It was a good experience for me to sit with this young person whose life had been cut short,” said Wolfe, who is white. “It was like grieving for someone. I looked in his eyes the whole time I was working on it.”

Quilters try to involve the families as much as possible. Wolfe said she showed the quilt to Arbery’s cousin, who “told me a bit more about Ahmaud’s history and where he was from,” she said. “I think he felt I honored him.”

Sometimes it is difficult to keep up with the pace of the news — a sad sign of the times, said Sylvia Hernandez, who made a block honoring Akai Gurley, fatally shot in 2014 by New York City police. Hernandez, a quilter for 20 years, weaves every issue — from voting rights to the Parkland school shooting — into her intricate, eye-catching designs.

“Sometimes I’m a little embarrassed — people probably think, ‘She’s making stuff like a madwoman,’” Hernandez said. “But you just have to keep telling these stories so people will listen.”

Trail has received dozens of items of clothing from families, from a fuzzy Ralph Lauren Polo robe to skinny jeans and graduation robes. Trail and her cadre of volunteers coordinate and mail out the items to crafters comfortable working with denim and synthetic materials.

“Not everyone’s name is going to be as big as Trayvon Martin or George Floyd, so this project is to bring awareness to those less-known names,” Trail said.

When she isn’t focusing on these all-consuming projects, Trail, who has a full-time job as a GED instructor in county jails, is devoted to working with marginalized youth  — fostering a passion for both art and activism.

[Related: This Summit Will Celebrate the ‘Magic’ of Black Women Entrepreneurs]

While Trail was taught as a girl how to sew with a deft hand, she said she encourages both young people and her robust network of quilters to embrace their feelings in the moment — however messy they may be.

“There’s so much precision [in sewing], and I didn’t want them to have another space being told what’s right and what’s wrong,” she said. “There’s no starting point to judge. There are no rules.”