Here are the most-read stories on The Story Exchange in 2021. 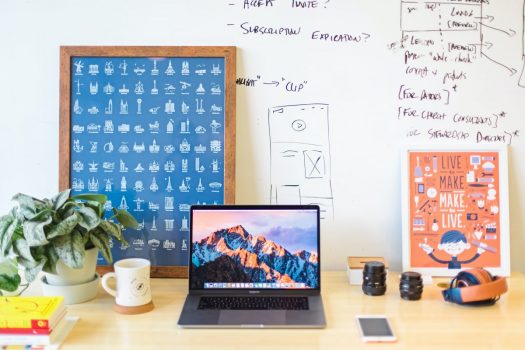 Leaders, like their businesses, should be transparent and accountable (Credit: Photo by Mia Baker on Unsplash)

4 Leadership Qualities to Strive For in 2021

If the Covid-19 pandemic has taught businesses anything, it’s the importance of resilient, purposeful leadership.

In the year since the pandemic hit, the most successful business leaders have placed the needs of employees ahead of themselves. As we move farther into 2021, the best leaders will continue to inspire, motivate and empower their team — while also showing team members that they believe in them. 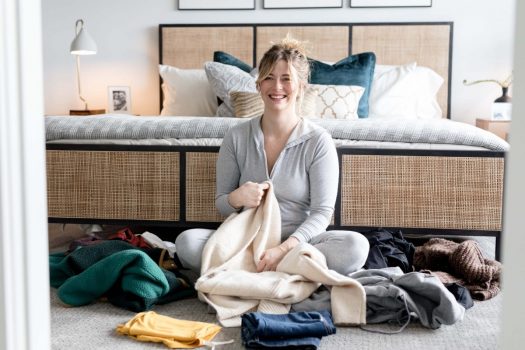 Her Cleaning Hacks Have Won 1.7 Million Instagram Fans — and Fueled Her Business

Sarah McAllister started GoCleanCo when she saw a gap in the cleaning market. Two years later, the pandemic hit and business boomed.

When the pandemic forced us to stay inside and stare at screens, it also forced us to realize just how dirty our houses are. And that combination is exactly what Sarah McAllister needed for her business. By the end of last March — the notorious month when the virus had wrapped itself around the planet — McAllister’s cleaning company, GoCleanCo, was attracting a customer base unlike ever before. 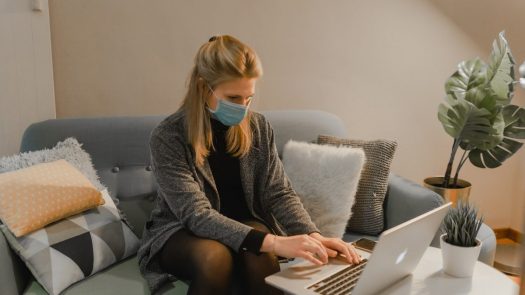 Pandemic life has fostered a groundswell of entrepreneurial spirit, especially among women. (Credit: Image by MaximeUtopix from Pixabay)

‘If Not Now, When?’ – Women Entrepreneurs Launch Mid-Pandemic

Last year, as Covid-19 spread, Suzie Qualle felt more toxicity creeping into her corporate workplace. She even began dreading video calls with her boss. For solace from the stress, she turned to a long-forgotten pastime of hers: making tasbih, or Muslim prayer beads. “It took me about a month of making tasbih again to decide that this is what I was going to do,” she says. “I was going to quit my job and career, and start my own business.” 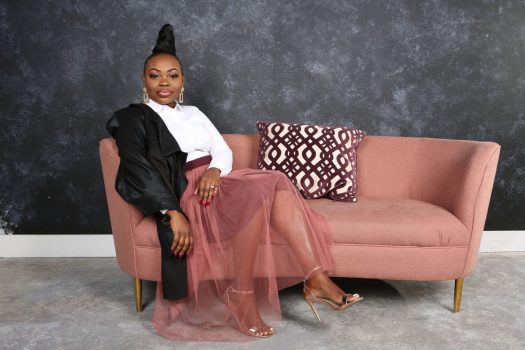 Yaa Birago is banking on pandemic fatigue to get women out traveling again. (Courtesy: Femmebnb)

Yaa Birago, a Canadian-based mother of two, has created a travel platform with women’s safety and comfort in mind.

Airbnb has revolutionized the way people travel. Femmebnb wants to revolutionize what that experience looks like for women.

Yaa Birago, a Ghanaian-born mother of two based in Toronto, came up with the idea for her company after she was subjected to unsafe conditions during jaunts to Rome and Paris in 2017. In Italy, she was harassed outside of her apartment — from which she was locked out. “I was sexually harassed all the way to the point where I stood at the door, the door was locked and I had nowhere to go,” she said. 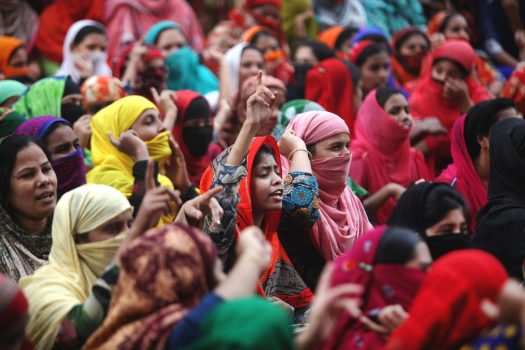 Women all over the world are finally getting the rights they have long fought for, but there is still a lot of work left to do. (Credit: Maruf Rahman/Pixabay)

Women all over the world are finally getting the rights they have long fought for, but there is still a lot of work left to do.

This Women’s History Month, let’s take a moment to recognize the history being made in front of us.

Over the past year, landmark policies have been passed in countries across the world, many of them granting women the basic rights the United States has had for decades. But there is still so much work to do, especially as more horrific details come to light about Sarah Everard’s abduction and death by a London police officer, which has sparked mass protests in Britain. 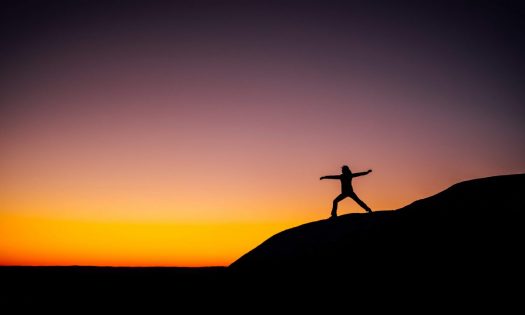 The pandemic has left a mental strain on small business owners. The good news is you can recover. (Photo: Tim Foster on Unsplash)

3 Ways Business Owners Can Stay Optimistic as Pandemic Drags On

Here are some simple strategies for getting back your upbeat mind frame.

It’s unquestionable that small business owners are natural optimists who, as Winston Churchill said, “see the opportunity in every difficulty.” Why else would they risk everything—their money, their time, their ego—to start and run a business? 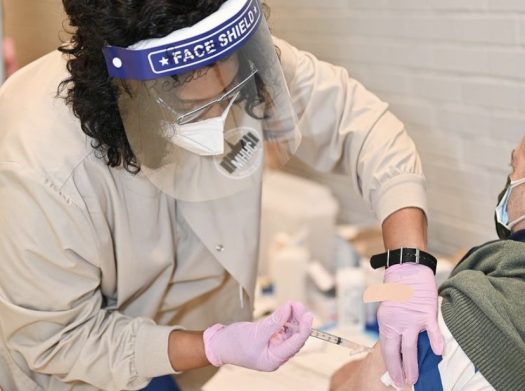 Everyday women across the U.S. are using Facebook, technology and old-fashioned door-knocking to get neighbors vaccinated.

Entrepreneurial, everyday women around the country are stepping in where the government has failed to make the vaccine rollout process a little more efficient as eligibility expands and supply still lags.

8 Perfect Books For Your Zoom Background

Make a statement with these books as your background, but also be sure to give them a read first.

For our book lovers, we’ve put together a list of titles that will make your Zoom backgrounds more aesthetically pleasing.

But these titles aren’t just window dressing — they have been drawn from end-of-year must-read lists, as well as TSE personal favorites. 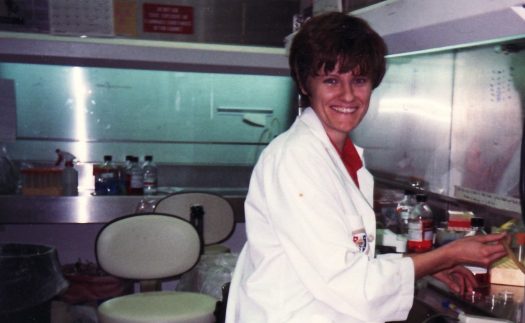 Kati Kariko, shown here in 1989, worked for years in labs before her work would be taken seriously. (Credit: Kati Kariko)

Toiling for Years Behind the Scenes, Female Scientists Finally Get Respect for Covid-19 Vaccines

Kati Kariko, Melissa Moore and Kathrin Jansen are among the women who defied all odds to produce life-saving vaccines.

The world is betting on vaccines to serve as a bridge to an “after” time that looks more like the before times. And the heads of Moderna, Pfizer, Johnson & Johnson and AstraZeneca — all men — are the ones who have visibly been leading the vaccine effort. But the miracle of the vaccines currently being distributed is the result of the dedication and determination of a number of extraordinary scientists, and many of the key players are women who have toiled for years behind the scenes — often for little pay and even less recognition. 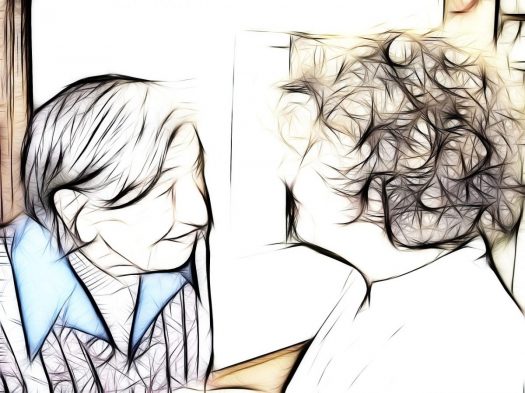 Even before the pandemic, women were running the caregiving show. The spread of Covid-19 has only exacerbated the situation – and women’s businesses and careers are suffering as a result. (Credit: Gerd Altmann, Pixabay)

‘Mom Guilt’ Was Already a Thing. Then the Pandemic Made it Hell for Caregivers

Women are disproportionately saddled with child and elder care duties. Some of them are trying to keep businesses afloat, too. It’s been … a lot.

Even before the pandemic, women were running the caregiving show. Studies suggest that 65 percent of women serve as caregivers in their families, and spend 50 percent more time filling those roles than men do. Just over half of women handle the lion’s share of parenting duties in homes with both a mother and father present. Research additionally shows that the majority of household chores — in particular, laundry, cooking and other cleaning duties — also wound up on women’s to-do lists. (And as this viral web comic illustrates, composing the to-do lists falls to women, too, more often than not.)