The Anti-Racism and Diversity Intergroup of the European Parliament is accusing the International Olympic Committee, along with the rest of the global sports community, for singling out Black women with a ban on swim caps made for natural Black hair. 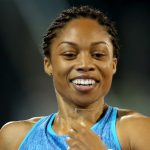 First, She Took on Nike. Now, This Olympic Runner Is Giving Out $10,000 Grants to Mom Athletes

In a letter made out to the presidents of IOC and World Athletics, the anti-racist group calls for lifting the ban on the Soul Cap — swim caps designed specifically for thick, voluminous hair — on grounds that it “reflects stigmatization of Black hair and leads to institutional inequalities, especially targeting Black women,” according to CNN.

The International Swimming Federation, known as FINA, declined to approve the caps for international competitions because they do not “follow the natural form of the head,” Soul Cap told BBC. That decision, reported earlier this month by various news outlets, was met with backlash. 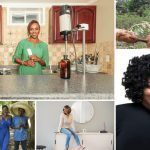 12 Black Women-Run Businesses That Have Inspired Us

The letter argues that the Olympics are based on fair and equal opportunities, a right the ban takes away from many Black swimmers.

The IOC needs to “establish frameworks and policies to prevent similar cases of exclusion,” wrote the anti-racist group, which is made up of members of the European Parliament across various political parties.

“[FINA is] refusing to allow Soul Cap caps and the attached reasoning reflects nothing but ignorance and racism,” said Samira Rafeala, a Dutch member who initiated the letter. “Our call to the IOC is simple: This can’t be the intention of the rules, so it’s about time to change the rules.”

FINA said on July 2 that it would reconsider the ban, but no decision has been made as yet. 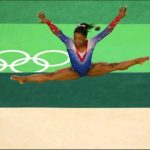 Editor’s Note: The Story Exchange is celebrating its 10th anniversary by launching the annual Women In Science Incentive Prize. Apply now for a chance to receive $5,000 in funding for your climate-related research or startup. Deadline: July 31.

Wondering how to be a coach, or a business owner in general? We've got expert advice.