It’s been nearly a week since Queen Elizabeth II died at age 96. And assessing her legacy is proving to be complicated.

News programs and social media sites are awash in tributes to the queen, whose seven decades on the throne and world-famous work ethic inspired everyone from presidents to rock stars to fictional ursine hero Paddington Bear.

Even someone frequently called a queen herself offered kind words. Queen Elizabeth II was “the standard for all the rest of us … because of her service,” media mogul Oprah Winfrey said at a recent event covered by Access Hollywood. While “everybody gets called ‘the queen,’ there really was one.”

And former Secretary of State Hillary Clinton likened her, in a positive way, to Speaker of the House Nancy Pelosi during an interview with CNN. Pelosi “has shown, through all kinds of turmoil and challenge, what it means to – somewhat like the queen, to be drawing an analogy here – get up every day, put on those high heels she wears, [and] suit up to fight for the values and ideals that she strongly believes in.”

Born Princess Elizabeth of York, the queen was crowned in February 1952 – when she was just 25 years old – and remained queen of the United Kingdom and the sovereign states of the Commonwealth until her death. (At present, there are 15 countries within it, including Canada, Jamaica and New Zealand.) She was the longest-serving monarch in England’s history.

She was also perhaps the most recognizable, most documented woman in the world, photographed and reported on endlessly by press outlets during innumerable ribbon-cuttings, opening ceremonies and international tours. She’s the subject of a multi-season, semi-biographical TV show on Netflix, not to mention countless parodic depictions. Her likeness can be found on everything from currency to commemorative plates. 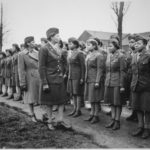 But the legacy of the British Empire, and its intimate connection to the monarchy, hover over any evaluation of Queen Elizabeth II’s life. Many have taken umbrage with the avalanche of tributes that followed her death – praise, as they see it, for a woman who was the genial face of an empire that subjected millions of people throughout Africa, Asia and the Americas to exploitation and brutality for centuries.

In the U.S., one of the harsher responses to her death came from Carnegie Mellon University professor Uju Anya. In a viral tweet that has since been taken down, Anya said that “I heard the chief monarch of a thieving, raping, genocidal empire is finally dying,” adding that she wished for her pain to be “excruciating.”

She was widely criticized for the post, most notably by billionaire Amazon founder Jeff Bezos. But Anya doubled down, adding via another tweet that “anyone [who] expects me to express anything but disdain for the monarch who supervised a government that sponsored the genocide that massacred and displaced half my family and the consequences of which those alive today are still trying to overcome” can “keep wishing upon a star.”

Queen Elizabeth II did not preside over Britain’s colonial expansion, of course – but as some have pointed out, she did not make up for or even criticize past wrongs, either.

“Black and brown people around the world who were subject to horrendous cruelties and economic deprivation under British colonialism are allowed to have feelings about Queen Elizabeth,” tweeted Karen Attiah, a Washington Post columnist who is of Ghanaian and Nigerian descent. “After all, they were her ‘subjects’ too,” she added.

Others, like writer Marcie Alvis Walker, have managed to find humanity in the queen – perhaps empathizing with a person thrust into a monumental role at an exceptionally young age. Walker, as cited in Katie Couric Media’s newsletter, shared an upbeat photo of the queen on Instagram, saying she has seen a lot of “ungracious” posts, while at the same time admitting that it’s difficult for “those of us who are conflicted and find binary perspectives super difficult.”

She then shared a brief story about the queen and Nelson Mandela meeting, in which he broke all formal protocols while greeting her. Rather than taking offense, the queen reportedly replied warmly. Walker said she would similarly strive to “first see the human being apart from the institution that caged her.”

“I will work to dismantle the supremacy that bonded her life to mine — neither demonizing nor idolizing her life,” she added. “Instead, I will see it for the beauty that it was [and] also it’s terror. And I’ll extend mercy, knowing that someday when my time has come, I’d like someone to mercifully weep, despite all that’s terrible within me.” 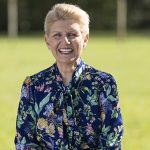 A Woman Will Finally Lead English Football, After 158 Years